As conversion rate optimization has developed into a self-sufficient discipline, many web-based businesses are evaluating their in-house CRO units and assessing third party offerings. When building and structuring CRO teams, stakeholders need to realize that optimization projects are somewhat different from traditional product or service development. If someone asks you for a definition of ‘project’, you’ll probably mention it has two indispensable attributes: the beginning and the end. CRO, however, is an ongoing, iterative and dynamic process.

If you’re serious about traffic conversion, CRO should never come to a close but generate new verifiable hypotheses throughout the product life cycle.

Now that you’ve decided to introduce the CRO approach across the organization, why is it crucial to have a dedicated CRO team handy? There’s a world of a difference between people ON a team and people completing tasks FOR a team. The latter may lack motivation and, naturally, give greater priority to their immediate responsibilities.

Keeping a full-time team of CRO designers in between major optimization campaigns may appear costly and unjustified to some business owners, yet it’s highly recommended to always have a pool of specialists available, like a national team hand-picked from local club players.

Apparently, permanent team members reveal better performance as they know each other and pursue a common goal. Battle-hardened group experience, knowledge, and interactions ultimately yield greater returns than inconsistent part-time efforts. That said, who should be on a conversion optimization team? 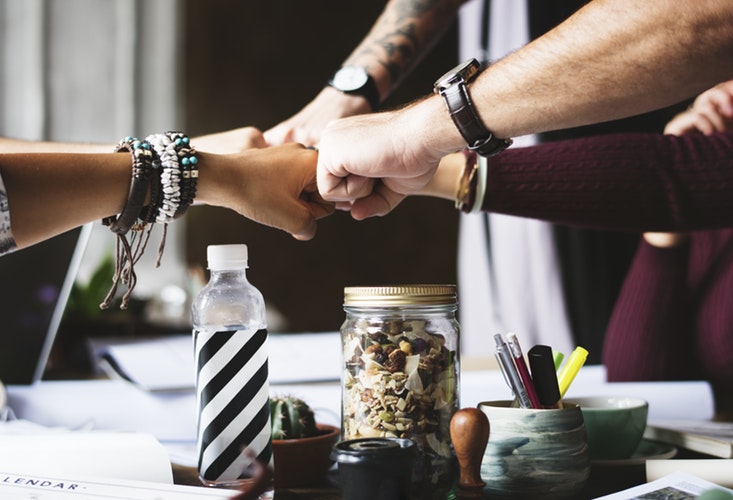 Although the market swarms with marketing platforms and tools to build websites, you often need customization to get things done properly. Even more so when you’re in a CRO project. The status quo has to be questioned, and optimization may go well beyond stiff templates. To drive change on the code level and make smooth transitions, your team requires a dedicated developer.

Unlike a classic product engineer, this needs to be a jack-of-all-trades rather than a sworn PHP or Java adept. The CRO developer is a quick learner capable of thinking outside the box, comfortable with heterogeneous environments, various tools and integration scenarios. This role may also involve technical assessment of the customer’s infrastructure and relevant recommendations on web elements, plugins, scalability factors, performance, etc.

What is CRO all about? To a large extent, it’s about removing existing roadblocks on the way to conversion. Once you tap into user behaviors and detect bottlenecks in the funnels, it’s time to act. This is where a UX designer steps in and fixes the touch points where the app or website visitors typically drop off. Fixing is one thing; another instrumental CRO function is to suggest better options for A/B or multi-variate testing. The UX person optimizes customer journeys by implementing high-performing visuals, controls, and other elements. With test results at hand, the expert will convey the new concept or significant tweaks to the customer and bring about smoother user paths.

Despite popular misconceptions, QA should be incorporated into any project from kickoff and user stories onwards. Quality goes way beyond reactive bug fixing, it’s an inherent approach to product development – or optimization – throughout the project, just as CRO is a science-based business methodology rather than a mere conversion technique.

As part of the CRO team, an experienced QA will perform end-to-end testing of the customer’s website and tread on the heels of UX Expert and Web Developer as they implement new features or modifications. Every modification has to be verified and validated before it goes live and after it’s been active for a consistent test period.

Like the developer and other technical human resources, QA needs to be up to speed on the third party environment and in close communication with the website admins. Based on the customer setup, the QA may also be involved in compliance, performance, and infrastructure issues.

A Swiss Army knife of analytics and metrics makes no use without proper interpretation. A data analyst will leverage a slew of measurement tools to see what’s relevant for the customer and which factors are decisive in reaching the current business goals. With established marketing practices in mind, the analyst performs a 360-degree website analysis delving into functional metrics, user data, engagement and revenue metrics. First and foremost, this role is about turning analytical insights into change suggestions.

Among other things, the data analyst will set up a consistent experiment framework, track and optimize for micro and macro conversions, pick the right variables for the tests and keep close tabs on the dynamics. A staff CRO analyst works hand in hand with the developer and UX designer to ensure the holistic approach towards tech specs, look and feel, data and project execution.

This one is pretty self-explanatory. Your team needs a coordinator. In the agile approach, this role would be a healthy mix of a product owner and product manager. On the one hand, CRO Manager will make sure the business goals are met, supervise the whole process from requirements to final optimizations. On the other hand, the manager will look after the tactics: task allocation and progress tracking.

The CRO Manager is also a ‘human dashboard’ for internal and external customers willing to check on the current optimization status. Mediating between the customer (marketing director or other C-level executives) and the CRO team, the manager takes the burden of clarifications of the specialists and translates siloed inputs into specific strategies and assignments.

Normally, this person has years of CRO experience under his belt. This is the right role to evangelize the benefits of the data-driven approach and put them into practice.

Our list of CRO team roles is, by no means, an exhaustive one. We left aside the obvious contributors such as copywriters, SEO experts, UI designers, subject matter experts, and more. Aside from CRO strategists and performers, a typical CRO project may encompass a host of additional services depending on project complexity and business domain. These services may be re-organized, augmented and minimized as the project requires. For instance, it’s advisable to employ multiple writers when A/B testing new copy and CTAs. Whereas, SEO gurus may do their job in the early stages and pass the torch to other team members.

Conversion optimization team structures may fluctuate. Like any project, CRO adopts its fair share of variability, yet the pillars of the team remain unshattered. There are KPIs to meet, actionable data to interpret, code to tweak, UX hurdles to eliminate, and quality to maintain from A to Z.

Or write us an email to team@insightwhale.com

Your message
was successfully sent!

How to Run an AB Test in Google Optimize